The National Air and Space Museum (NASM) is creating a major new exhibition gallery called Moving Beyond Earth which is about the history of human spaceflight since Apollo. The gallery covers the Space Shuttle program and the International Space Station as well as showing the efforts for future human space exploration. The Museum possesses a real, flown Space Shuttle Main Engine (SSME) at its Udvar-Hazy Center (UHC) in Chantilly, Virginia and wishes to display it in the National Mall Building (NMB) Moving Beyond Earth exhibit downtown.

At the National Mall Building, the engine was brought into the building through the first floor west end and moved to the gallery at the east end, utilizing the floor load considerations detailed in a recently commissioned structural load analysis. At the west end doors, the threshold is 2” (inches) high by 30” (inches) deep and will need to be taken into consideration for traversing either with wedges or ramps. The Contractor will move the SSME through the museum (3 city blocks, approximately 1000 feet) to the Moving Beyond Earth Gallery (113) at the first floor east end. Any equipment used inside the building should have non-marking tires and be either electric or propane fueled. All equipment should be clean before coming into building.

A&A Transfer was awarded this project provided all of the logistics/rigging support to complete the relocation of this artifact on May 7, 2012.  Using a specially designed and tested , multi-axle  “tug”,  A&A Transfer provided the solution to the Smithsonian  meeting  the floor load considerations and safely delivering the SSME to the exhibit hall. 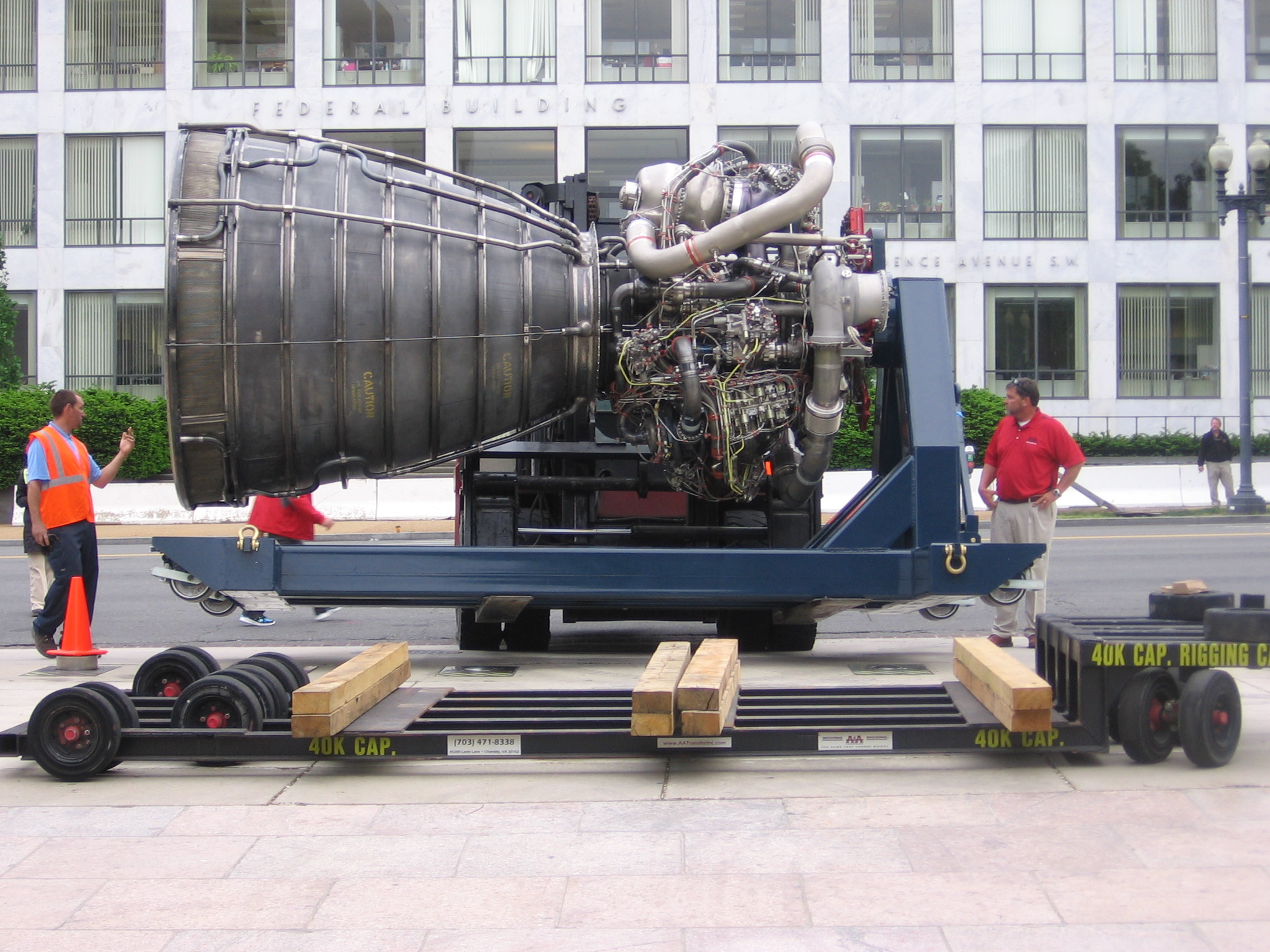