Charles Eric Carlson of Darnestown, Maryland died on Sunday, March 15, 2020 at the memory care facility at Tranquility of Fredericktowne, in Frederick, Maryland. Mr. Carlson was the 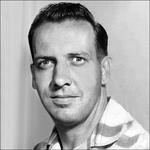 Mr. Carlson was born January 2, 1928 in Birmingham Alabama to Eric Carlson and Vernie Sommers. The family moved to Washington, DC during the height of the Depression to be closer to work opportunities, and a steady income for the family. Mr. Carlson grew up on Capitol Hill and attended Eastern High School where he met the love of his life and future wife of 58 years, Mary Ann Pace. After serving two years in the United States Army as part of the occupation forces of Japan after World War II, Mr. Carlson returned to Washington, DC where he and his wife Mary Ann raised three children in Northwest Washington while Mr. Carlson built a successful home remolding business. Over the next 50 years Mr. Carlson worked as a senior executive at The George Hyman Construction Company and was the founder and CEO of the Carlson Construction Company from 1980 till 2005.

Mr. Carlson's passions where tending to his small farm in Germantown, remodeling projects and traveling the world whenever possible. He had a true adventurer's heart, was a devoted member of Darnestown Presbyterian Church and remained a generous spirit till the end of his life.

Mr. Carlson was compassionately and lovingly cared for by the angelic caregivers at Tranquility of Fredericktowne, especially Linda. Mr. Carlson died as a result of Alzheimer's Disease.
He was predeceased in death by his two sisters, Fay Boss and Barbara Holland.

Because of the ongoing Coronavirus situation, a small family burial service will be held at Darnestown Presbyterian Church. The family will announce a Remembrance Memorial Celebration for later in the year.