“[The hotel] was built by Donohoe so well it will outlive every one of us,” said Chris Nassetta.

Developed by BF Saul Company and designed by Gordon and Green Architects, the hotel first opened its doors to the public in February of this year. The 11-story hotel features 168 keys to suites that include fully equipped kitchens and separate living and sleeping areas. Business travelers and tourists alike have their choice of studio, one, and two bedroom guestrooms. Guests will have access to world class amenities such as an indoor pool, outdoor grill space and fire pits, and a fitness center.

The hotel has two levels of outdoor parking and is walking distance from the Rosslyn metro. 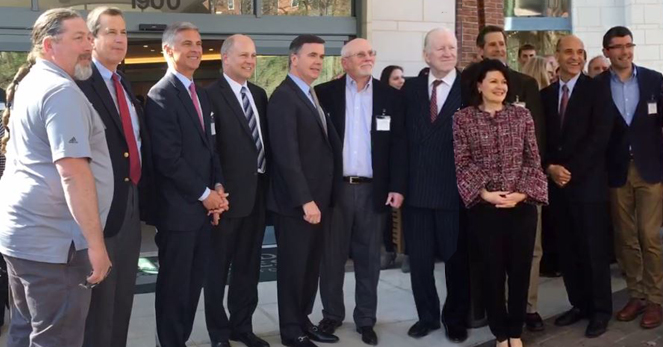 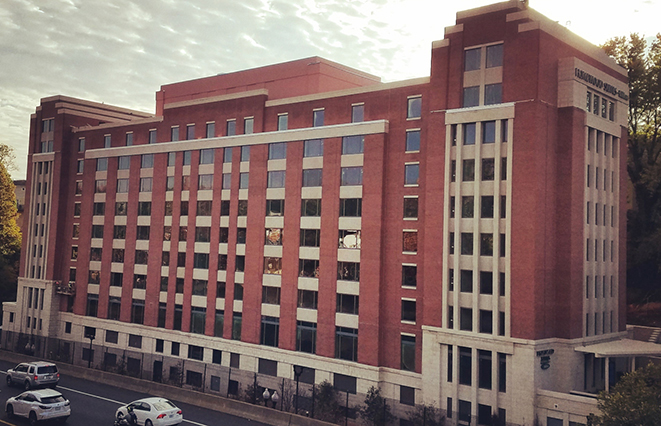