Turner Construction Company Completes Chiller Replacement Project at Fort Detrick, MD for US Army Corps of Engineers
Turner Construction Company recently completed the design-build repair and replacement of an existing chiller plant, as well as the installation of a new chilled water system with N+1 redundancy to service the USAMRIID headquarters located at Fort Detrick, MD. This project was awarded as part of an Indefinite Delivery, Indefinite Quantity contract managed by USACE Huntsville District, and due to the Turner project team’s excellence in construction and service to the customer, they were recently awarded five additional task order contracts at the base. These contracts involve similar types of renovation, repair and upgrade to the existing systems at Fort Detrick, bringing them up to current codes and ensuring their energy efficiency / sustainability over the life of the building. 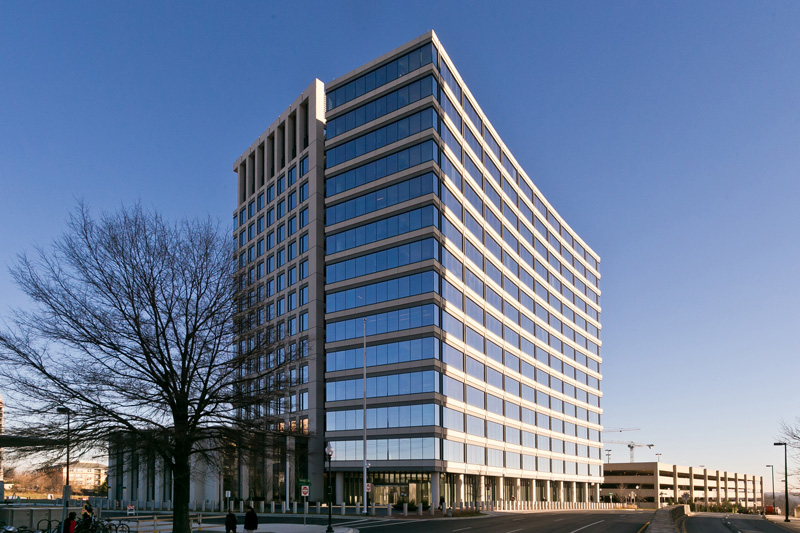 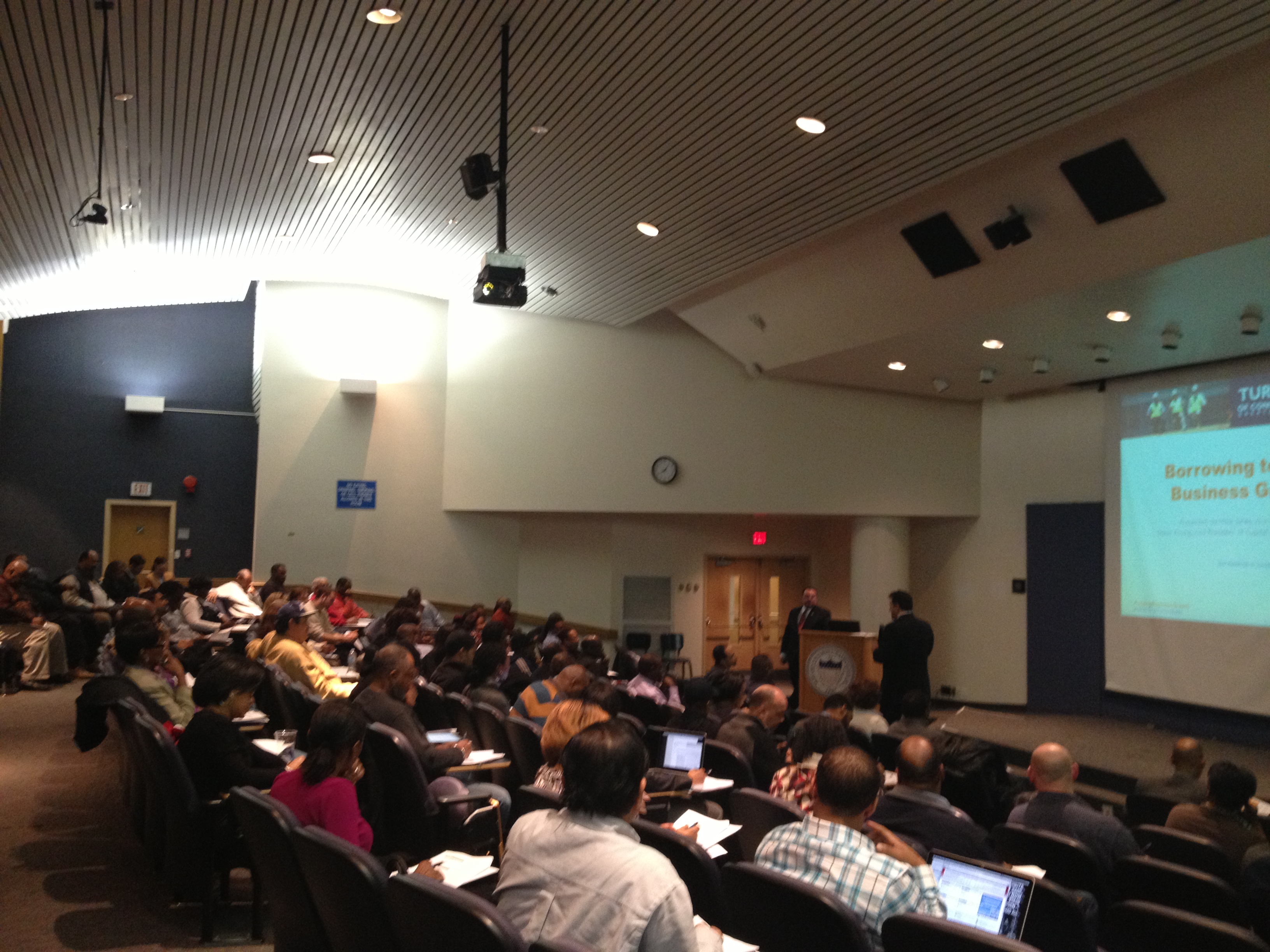 Turner School of Construction Management Coming to Greater Washington DC
Small, Women Owned and Minority Owned Business Certification Program Begins March 13th
Turner Construction Company is holding its largest program in the area to date - with over 150 registered students. The 2013 Turner School of Construction Management (TSCM) is hosted by the DC Small Business Development Center at Howard University. Turner developed an 8-week curriculum to provide management training and certification to potential subcontractors. Classes began on March 13 and run through May 1

Since 1969, the Turner School of Construction Management has strived to expand the opportunities available to growing businesses. Turner has partnered with the DC Small Business Development Center --a collaborative initiative of Howard University, the Small Business Administration (SBA), and District of Columbia small business community stakeholders-- to increase the prospects of growth for small, local contractors by teaching them how to successfully bid, propose to, and work with a company the size of Turner. The hope is for the TSCM to better prepare the subcontractor market to win and conduct work in the Washington, DC area.

With that goal in mind, each course of the program is taught by Turner staff and select industry partners who have spent years in the field and are regarded as subject-matter experts. This year’s topics include field operations, accounting & banking, construction estimating, safety and sales & marketing. Since its inception, the program has helped attendees build networks, form long-term business relationships, and establish successful joint ventures to win contracts with Turner and other industry leaders. The DC Small Business Development Center Network will continue to provide no-cost technical assistance to the attendees.

Turner has awarded more than $1 billion in contracts a year to minority-owned businesses for the past 8 years running and awarded over $1 billion to MBE contractors in 2012. Many graduates of the Turner School of Construction Management become eligible for and perform work on Turner projects and joint-ventures. Last year, the District of Columbia SBDC provided training and resources to over 400 small businesses throughout the city with recent clients receiving almost $4 million in capital formation. With collaborations like that with the Turner School of Construction Management, the organization hopes to increase its positive impact on our local economy.

Turner established TSCM to effectively give back to the community through the sharing of knowledge, promoting the empowerment of small businesses in the construction arena. Turner has previously held TSCM programs in Prince George’s County, MD, Richmond, VA, and Washington, DC regionally, as well as many more across the nation. The 2013 TSCM graduation will be held on May 1.

The Richmond Justice Center is a six-story, 412,000 SF facility that will house 1,032 beds. The project, which is seeking LEED® Silver certification, includes extensive site-work and landscaping, deep foundations, and a robust security system as well as a strong Minority Business Enterprise participation to exceed 50.25%.

Turner Construction Company held a Topping Out Ceremony at the Conrad Center in Richmond, VA for all of the personnel who made this milestone possible. Immediately following the ceremony, Turner representatives accompanied Richmond Mayor Dwight C. Jones and Sheriff C.T. Woody, along with other City leaders, on a tour of the facility. 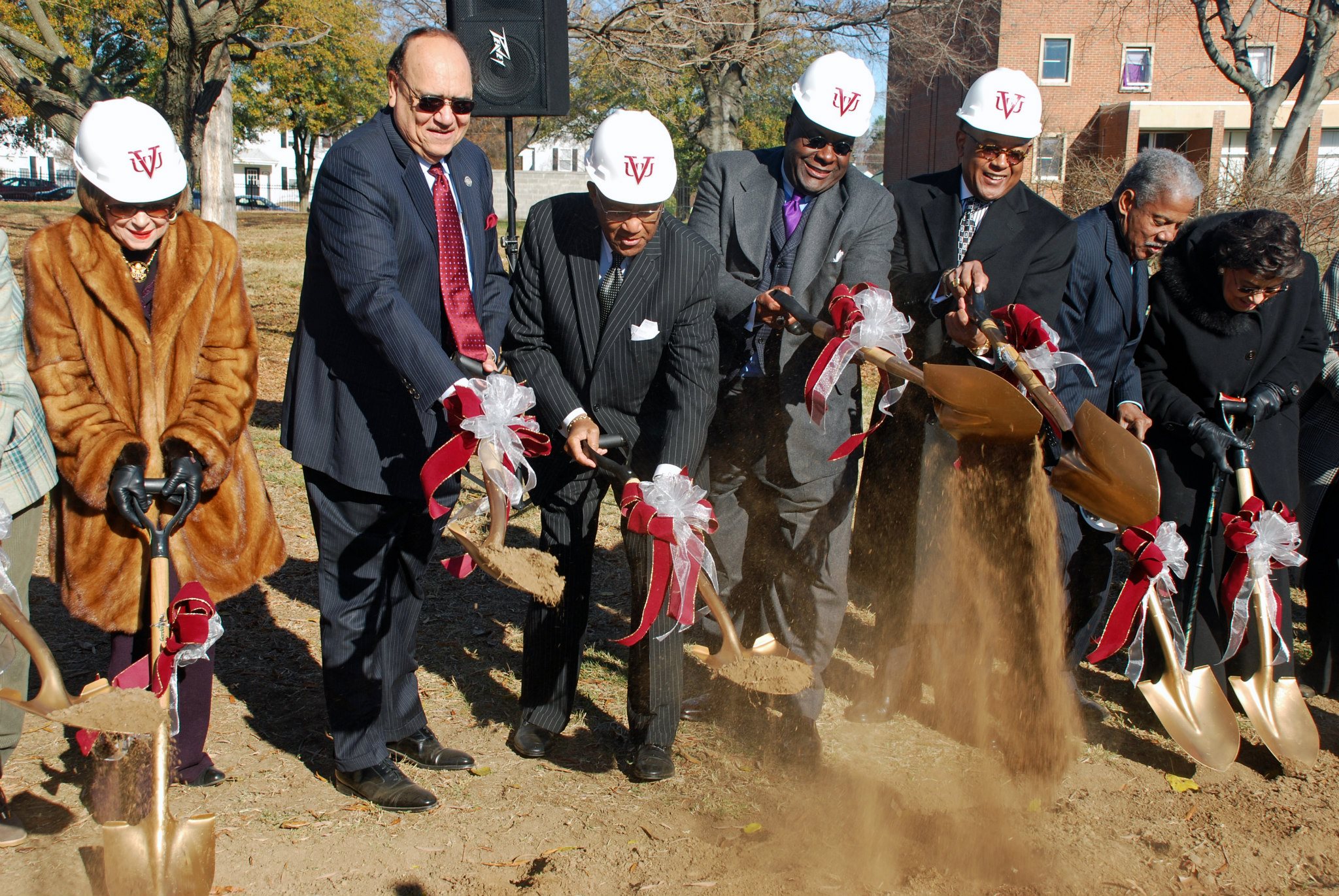 Named for a former Special White House Assistant in the Richard Nixon administration, and the founder, chairman and CEO of B&C Associates, the Living and Learning Center will be a 78,000 SF multi-level complex consisting of a conference and 450-seat seminar facility and two four-story residential suites supporting 240 beds. The new building will be the first new construction since the L. Douglas Wilder Library and Learning Resource Center in 1997. The last residence hall on the Lombardy Street campus was built in 1966.