Mr. Germinario co-founded GPR in 2005 and has built one of the most successful glass and glazing subcontracting companies in the Mid Atlantic Region. 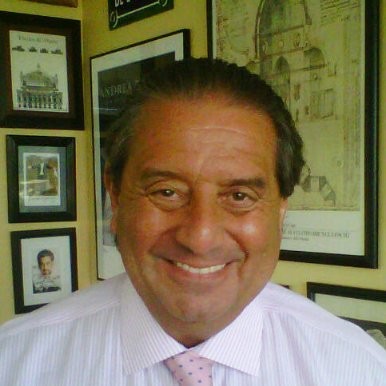 As a leader in the commercial contracting industry, Mr. Germinario began his career in New York City where he was responsible for managing the construction and installation of exterior facades on large commercial buildings. In 1994, Mr. Germinario arrived in Washington, DC to be part of the team that built the Ronald Reagan International Trade Building – one of the largest Federal Government buildings to date.
Over the last 15 years, Mr. Germinario has been responsible for the tremendous growth of GPR. The privately held company has subcontracted with prominent commercial general contractors to provide premier glass and glazing services.

His 46 years of management experience is complimented by his leadership at GPR’s sister company, LGV Group LLC, a Northern Virginia based commercial real estate developer. He co-founded this company in 2014 and has served as its managing principal since. The developer launched its first commercial building, Broderick One, in Sterling, VA. Phase II of construction is recently completed, and the company is expecting another commercial property with Phase III soon to follow.

In addition, Mr. Germinario is a committed philanthropist. He has dedicated time, resources and served on the boards of to a multitude of worthy organizations, including Make-A-Wish Mid-Atlantic, Excel Academy Public Charter School, Cystic Fibrosis Foundation, and St. Peter’s Preparatory School. More recently, he joined the Middleburg Charter School Board of Directors as chairman. These philanthropic endeavors have earned him the recipient of multiple awards, most notably, the 2018 Lido Civic Club of Washington, DC Man of the Year, 2018 Make-A-Wish America Board Excellence Award, and 2014 Cystic Fibrosis Foundation Alfred Hitcock Humanitarian Award.

He and his wife Kristi Germinario reside in Middleburg, VA.