Washington, DC - WDG Architecture, a leading national architecture firm based in Washington, D.C., has announced three senior level promotions, including the appointment of Bob Keane, AIA, as a managing principal and Sean Stadler, AIA, LEED AP and Siti Abdul-Rahman, AIA, as principals. The firm has also announced that Bill Poulos, AIA, has been promoted to senior associate and Kelly Malloy, AIA, LEED AP, has been promoted to associate. The promotions represent a significant management alignment as the firm celebrates its 75th anniversary in 2013.

Bob Keane, AIA, has 26 years of experience and serves as director of higher education for WDG. A noted designer and speaker, he is a member of the American Institute of Architects (AIA), and the Association of College and 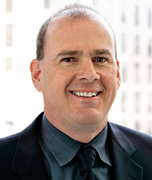 A graduate of the University of Maryland with a bachelor of science in architecture, Keane has enjoyed opportunities to direct major WDG design projects for his alma mater, including Oakland Hall, a new, LEED®-Gold residence hall with extensive living-learning space on the university’s College Park campus. Keane also recently directed design for Sea Gull Square, a mixed-use development at Salisbury University in Maryland; the West Grace Student Housing development in Richmond for Virginia Commonwealth University; and the CUNY Residences, a student housing development for the College of Staten Island in New York.

“I am humbled and excited about my new role as managing principal,” says Keane. “Along with our other partners, I hope to build upon WDG’s heritage as stewards of urban and campus environments. After 75 years of design leadership, we are looking forward to expanding our influence and value through public- and private-sector relationships, strategic partnerships, teaching and lecturing, and community outreach initiatives.”

Sean Stadler, AIA, LEED AP, a design principal, lecturer, juror, and award-winning architect, has been promoted to principal. Stadler has directed the design of many prominent projects for the firm, 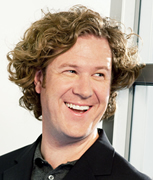 including One National Harbor and Aloft at National Harbor in Prince George’s County, Maryland; and the Veridian in Silver Spring, Maryland. He has also managed the design development process for several executive architect assignments, collaborating with TEN Arquitectos on two projects for Eastbanc in Washington, D.C., and facilitating the design vision of Perkins+Will for the new U.S. Coast Guard headquarters in Washington, D.C. Stadler’s commitment to architecture includes long-time leadership in the AIA, and he has been honored with both the AIA President’s Award for professional service and the AIA Young Architect Award.

Stadler earned a bachelor of architecture and a bachelor of science from Kent State University. In addition to the AIA, he is a member of the National Council of Architectural Registration Boards (NCARB). 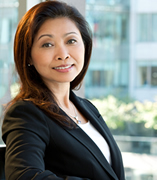 Siti Abdul-Rahman, AIA, a design principal and director of hospitality for the firm, has also been promoted to principal. She has directed extensive master planning work in the Tysons Corner area, where the firm is leading projects totaling more than 22 million square feet—nearly half of all work currently planned in this Northern Virginia corridor. Projects included six million square feet of development at Springhill Station for Georgelas Group, LLC; and 4.8 million square feet at Dominion Square for CARS, Lincoln Property Company, and Sunburst. 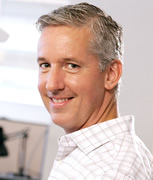 Bill Poulos, AIA, has been promoted to senior associate.  Poulos joined WDG in 1998 and was named an associate in 2001. He recently managing the firm’s projects for Vornado, including 1999 K Street and 2101 L Street, NW, in Washington, D.C.; and Rosslyn Plaza in Arlington, Va. Poulos is also active on two projects for Eastbanc, and the new U.S. Coast Guard Headquarters. He holds a bachelor of architecture and a bachelor of science in environmental design from Ball State University, and is a member of the Washington, D.C., chapter of AIA. 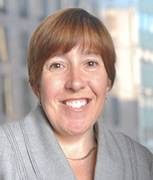 Kelly Malloy, AIA, LEED AP, has been promoted to associate. She joined WDG in 2004 and was named an associate in 2007 before leaving the firm in 2009 to manage and teach the new architecture curriculum at the Phelps Architecture, Construction and Engineering High School in Washington, DC. Malloy returned to WDG in 2011. Active in community outreach, she has volunteered with AIA and the National Building Museum, where she has been deeply involved in mentoring and educational programs. Malloy earned a bachelor of architecture with a minor in business from Virginia Tech. She is also a member of the Washington, D.C., chapter of AIA.

WDG Architecture is a leading architectural, planning, and interior design firm with a national practice in mixed-use, multifamily residential, university, hospitality, office, and government design projects. The firm, which has offices in Washington, DC and Dallas, has designed numerous projects for public- and private-sector clients and consistently appears in the “Top 25 Architectural Firms” rankings in the Washington area according to the Washington Business Journal. WDG Architecture has received many awards from AIA, the Congress of New Urbanism, NAIOP, and other organizations.  For more information, visit www.wdgarch.com.