Washington, DC - On April 6, 2013, several members from the WBC Hammerheads Committee volunteered to participate in the Potomac River Watershed Cleanup day. Members of the WBC participated with part of a larger group to remove trash, debris, and invasive English ivy that was taking over the trails and river areas.

This team building exercise was part of the Hammerhead’s group continued efforts to reach out to new avenues of networking and continued education. 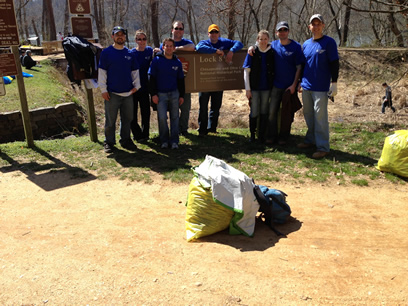