Claiming COVID-19 damages against the Government? Don’t Give Up Just Yet

Since the outbreak of COVID-19, there has been a myriad of articles regarding the issue of Excusable Delay clauses in government contracts. As those articles repeatedly state, in an instance of an excusable delay, such as an epidemic or a global pandemic, a contractor is generally entitled to a time extension but no cost arising from the event. Two recent cases out of the Civilian Board of Contract Appeals (the CBCA) illustrate that you should carefully look at your contract language as well as the owner’s actions and inactions in response to the pandemic before you give up on recovering costs.

Valerie Lewis Janitorial v. The Dep’t of Veterans Affairs, CBCA No. 4026 (May 5, 2020), concerned a firm-fixed price janitorial services contract at a Veterans Affairs hospital. Like most contracts of this nature, the contract contained a base period of performance along with the possibility of four more option years to provide the services.
COVID-19 was not the culprit in this contract. Instead the hospital suffered an outbreak of clostridium difficile (C diff.), a highly contagious disease.

During the course of performing the janitorial services, and when this outbreak occurred, the hospital required Valerie Lewis Janitorial (VLJ), the services contractor, to perform a two-step process of aseptic cleaning and to clean certain buildings five times per week, instead of the contractually mandated three times per week.1

VLJ appealed to the CBCA pursuant to the Contract Disputes Act (CDA), 41 U.S.C. §§ 7101-7109 (2012). The issue before the CBCA was whether, after the C. diff outbreak, the VA directed VLJ to change its process of aseptic cleaning to a two-step process and whether such a change is compensable.

The VABCA has also recognized the following:

“To establish a constructive change, two essential elements must be present: a change and an order or direction, by word or deed. To find the change element, one must first examine the actual performance to see whether it went beyond the minimum standards demanded by the terms of the contract. Then it is necessary to find that the change was one that the Government’s representative ordered the contractor to perform. . . . In particular, the rejection of a method or manner of performance selected or used by a contractor is a constructive change if the method was permitted by the contract.”

The second case, Pernex Serka Joint Venture v. Dep’t of State, CBCA No. 5683 (Apr. 22, 2020), builds upon the issue – specifically how the changes clause may interplay with the Excusable Delay clause.

Once again, COVID-19 was not the culprit. In this case, PSJV was performing a firm-fixed price construction contract in Sierra Leone when an outbreak of Ebola spread to the country.  PSJV’s contract had both a Changes clause and an Excusable Delay clause.

PSJV looked to the State Department for guidance under the circumstances of this epidemic. The State Department declined to issue any instructions, only to say that the US Embassy in Sierra Leone was still operational. PSJV, without direction from the Contracting Officer, took matters into its own hands and elected to stop work and evacuate.

Upon its return to the project, PSJV submitted requests for equitable adjustment related to the stop work and evacuation, as well as costs for additional medical services and supplies to protect the returning personnel.

The Contracting Officer denied one of the REAs and simply ignored the other.

The Contracting Officers, did however, issue a modification for additional time to PSJV under the Excusable Delay clause. PSJV appealed.

PSJV’s firm, fixed-price contract obligated PSJV to perform and receive only the fixed price. The contract, in clause F.8.1 and the referenced FAR clause 52.249-10, explicitly addresses how acts of God, epidemics, and quarantine restrictions are to be treated.

A contractor is entitled to additional time but not additional costs. Appellant’s attempts to shift the risks clearly articulated by the contact are unavailing. See, e.g., Fluor Intercontinental, Inc.”

The CBCA stated that, PSJV had not identified any clause in the contract entitling it to relief, including under the theory of constructive change. The CBCA stated:

In short, because the Government gave no instruction to PSJV about what it should do under these circumstances it had not imposed a constructive change on the JV.

It is important that the contractor document both the communications with the Government and the costs that the Contractor incurs to recover.2 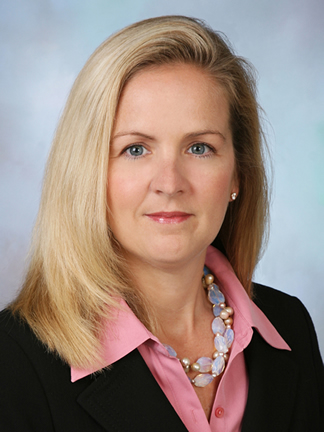 1 During the course of performing the janitorial services and when this outbreak occurred, the hospital required Valerie Lewis Janitorial (VLJ), the services contractor, to perform a two-step process of aseptic cleaning and to clean certain buildings five times per week, instead of the contractually mandated three times per week.

2 The Excusable Delay clause is still important to the Contractor for an extension of time to avoid the imposition of Liquidated Damages.